Flea markets make me so happy. 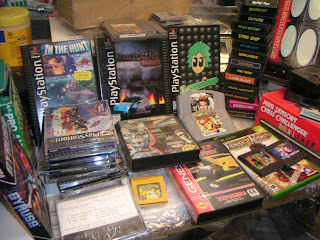 If I didn't collect Playstation these days, I wouldn't find much. 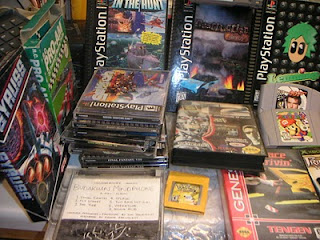 The Synsonics Drums I have to keep since that yellow label says something about 'pro version'. I'm such a pro. I already have the (now apparently amateur) other version. The Fidelity Chess game actually has two game cartridges in it in addition to the complete game. Unfortunately, that means I may have to keep that too. Cartridges are crazy! 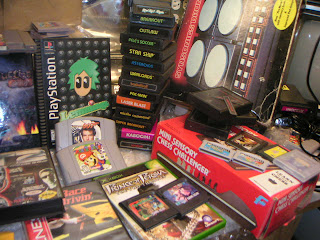 With those Game Boys I got earlier this month to get rid of, I need some common Game Boy games to bundle with them. Nobody buys a Game Boy without a Tetris. Seriously! 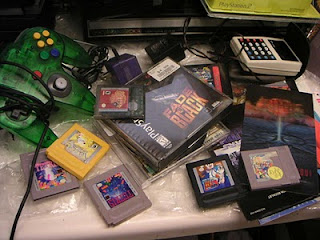 That N64 controller box is empty. That's how I roll. I'll buy your box. That Seras Basketball handheld I consider a great score, although not particularly valuable. It has a rebranded version of a very early Bandai sports LED handheld game. Basically it randomly picks what happens for each play, and it doesn't keep score. Two dials in the game are manually operated for that. It's no wonder the skill and coordination based Mattel sports handhelds (Football, Football II, Basketball, Hockey) were much more popular. 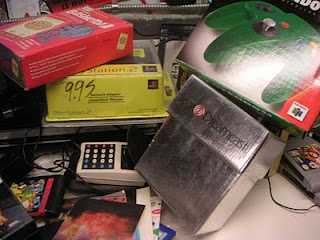 Giant discs? I guess these are 12"5gb optical platters used in some recently outdated optical drive Sony made. Hopefully I can sell them for cashola, since having them around is a waste of space. I was hoping they'd be giant vintage floppy discs for some mainframe. Apparently not. I have two of these blue free formers already. One of my favorite vintage boards to ride. Perhaps it will make a good gift. 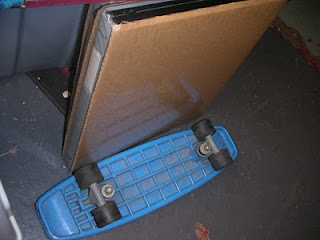 The clear green N64 stuff from two different vendors. And I don't know what that Sega silver box is from, but it says Prima games (noted guide publisher) on back. I'll have to do some research. Pocket Simon I had to keep since it's different from the one I have. It's like a Noah's ark of collecting here! 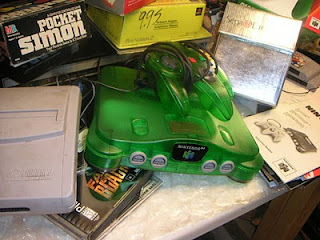